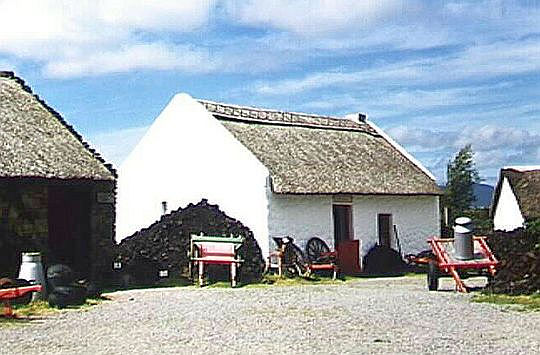 If you’ve ever toured the Ring of Kerry, the chances are you followed the well-worn route from Killarney through Killorglin, Cahersiveen, Waterville, Caherdaniel, Sneem, Kenmare, and back to Killarney. This time around, rent a holiday home in Killarney, take a detour from the usual route and find time for these jewels:

Situated on the main road between Killorglin and Glenbeigh, the Kerry Bog Village is one of a kind, presenting a perfect replica of a settlement that would have existed in Ireland in the 19th century. The attention to detail is exceptional. One of the houses was actually moved in its entirety from North Kerry and reconstructed piece by piece in the bog outside Glenbeigh. You will discover things you never knew about the traditional rural way of life, the wildlife of the bog, and the equipment used to harvest turf.

Most tours of the Ring of Kerry simply pass through the town: Don’t make that mistake! Stop off and visit the stone forts of Cahergal, Leacanabuaile, and Ballycarberry Castle. Approximately 5 km outside Cahersiveen (“over the water,” as the locals would say), drive over the bridge, with the old barracks on your right. About 1km after that you will come to a crossroads. Turn left and you will see a signpost for Ballycarbery Castle, Cahergal and Leacanabuaile, three of the most fascinating sites in the area. Entry is free, and the views are spectacular. 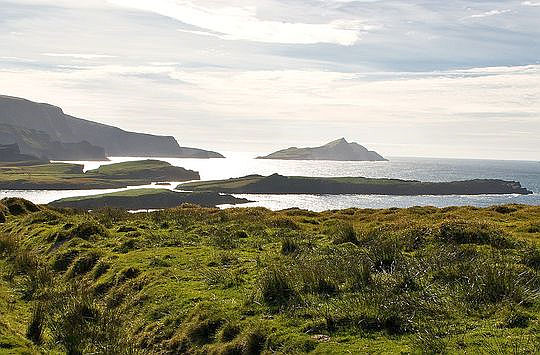 Once you visit Valentia Island, you’ll wonder why it is not thronged with visitors, but you will also be grateful for this anomaly because it means you get to enjoy Valentia’s stunning beauty and historical significance in peace. With attractions that include fossilised tetrapod footprints, the site of the first transatlantic cable, and dramatic cliff views, Valentia Island is well worth the ten-minute ferry ride from Renard (just outside Cahersiveen).

The ferry runs from March to October, but there is a bridge from the island to Portmagee. Portmagee is also the main starting point for boats to Skellig Michael, the spectacular island that was home to a 6th-century monastic settlement and now an icon due to its appearance in the Star Wars: The Force Awakens. 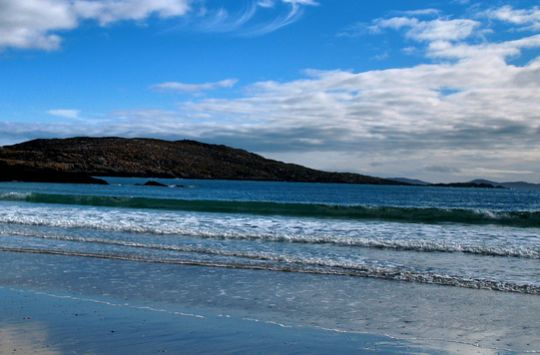 Close to the N70 near Caherdaniel, on the edge of Derrynane Bay, you will find the delightful village of Derrynane. Derrynane House, the family home of Daniel “The Liberator” O’Connell, is a national monument that is well worth a visit and lies surrounded by a beautiful 320-acre national park. A tour of the house incorporates family portraits, writings and memorabilia, including the duelling pistols O’Connell used when he killed rival John D’Esterre in 1815, the black glove he wore as a tribute afterward, and the lavish gold chariot he rode through Dublin after he was released from prison.

As you start the Ring of Kerry, about 7 km outside Killarney, you should turn left for the Gap of Dunloe, a spectacular mountain pass hewn by enormous glaciers about 2 million years ago. A dividing line between Purple Mountain and Bull Mountain, the Gap is the finest glaciated valley in Western Europe. It extends for about 11 km, winding past five loughs, and is best travelled on foot, by bike, or by traditional pony and trap from Kate Kearney’s Cottage.

Now that you’ve got some alternative ideas on where to visit around the Ring of Kerry, why not book your holiday home in Kerry with Killarney’s Holiday Village? We have a range of self-catering houses to suit your requirements.