What basically happens is a large group of petrol-heads converge on the town to watch some rally cars whizz rather quickly around Killarney’s scenic hinterland. It is the starter gun to signal the beginning of summer in Killarney.

Now the town does get rather busy this weekend so if you’re looking to catch a glimpse of the racing an early start is recommended. Likewise if you’re looking for a quiet weekend away, this ain’t the weekend for you. Killarney will be awash with plenty of revellers, attractions and shiny rally cars to keep you entertained all weekend.

If you would like any more information on the Rally of the Lakes then just check out this website – http://www.rallyofthelakes.com/index.html or buy a rally programme. Any good Killarney newsagents should be stocking them at this stage. 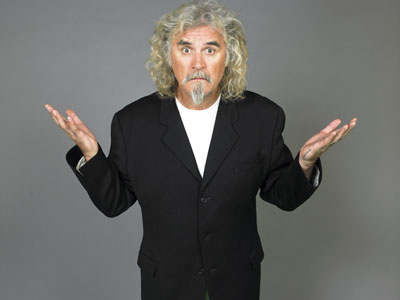 But if rallying really isn’t your thing then don’t despair for we have the perfect remedy for you. Billy Connolly, yes that Billy Connolly, will be performing at the INEC Thursday the 2nd of May – right on the eve of the rally. It’s a real coup for the INEC as Connolly is a comedian who’s performed in over 50 countries to over 10m people and has appeared on numerous television programmes and DVDs. As well as this, he was also awarded a CBE by the Queen in 2003.

So if you want a bit of Billy in your life head down to the INEC and pick up your tickets. They are a bit on the steep side, admittedly, but if you fancy treating yourself then there’s no better way. Tickets are €54.25 or €49.25 depending on where you sit. Doors open at 7.30pm and show starts at 8.30pm.