While we usually like to focus on more family-friendly, Killarney-based excursions for you to enjoy on this blog we thought today we’d take a look at what the adults among us can enjoy in Killarney. So here it is –  Killarney’s four nightclubs reviewed. 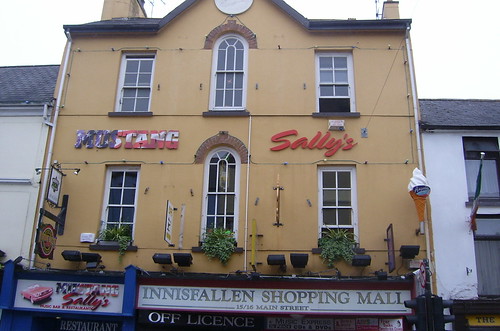 One thing to point out first – Refer to it as “Mustangs”, not “Mustang Sallys”. Just a small thing but Killarney people generally never refer to it by its full title. It masquerades reasonably well as a quiet bar during the day but at night it’s transformed into your typical, gaudy, Irish nightclub. One for the young adults is Mustangs and this if for a couple of reasons. Firstly, it’s not the most spacious so one will face arm-tugging, shoulder-bumping and knee-scraping on a busy night. Secondly, it is a favourite haunt among Killarney’s teenage population. 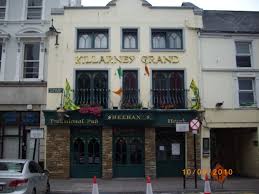 Located next door to Mustangs, The Grand is favoured by those of a more wizened age. The front of the premises serves as a bar and that plays host to some great Irish traditional musics bands and acts before 12. The nightclub part is located at the back of the building. I can only speak from personal experience but The Grand’s nightclub has never been to my taste. The dancefloor is quite cramped and musky and the music is mind-numbingly mundane. The decor in there is rather lovely if you’re a fan of interior architecture but you can’t dance to decor.

The Danny Mann’s most conspicuous feature is certainly its vast size. It is monstrously capacious – especially considering Killarney is a medium-sized town and not a city. It is all one floor but  that one floor contains within its walls three dancefloors, two smoking areas and three bars. I’ve actually gotten lost in there before. As for its performance; good if not remarkable. As for its demography; young-ish (Late teens – 25, that sort of ballpark).  Another point in its favour is that it contains numerous seating areas – a rare luxury in most nightclubs 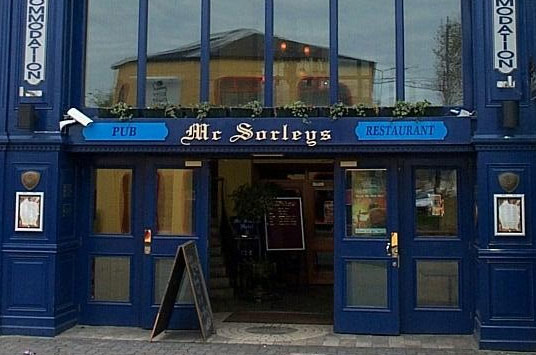 Killarney’s best nightclub. Not that it’s outstanding or anything but it incorporates all the boons of its local competitors (The crowd is not as young as Mustangs, not as old as The Grand and it is roughly inbetween Mustangs and the Danny Mann in terms of size). The music is standard fare for a nightclub (Chart music sprinkled with some exotic dance) and the front bar also plays host to some fine live bands. It is very possible to have an excellent night in McSorleys – Remarkable considering I would consider that impossible in 90% of nightclubs.