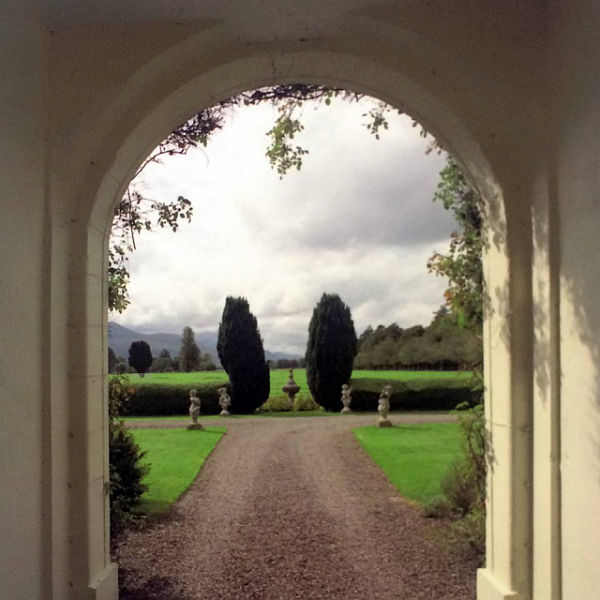 This popular section of the park was closed to the public in 2014 to facilitate the restoration of the grounds and building, which is close to completion.

The first stage of the restoration of Killarney House and Gardens is finished, with a preview opening of the grounds scheduled for April 3rd.  Both locals and visitors have welcomed the opening, which will give entrants to the “secret garden” a chance to see just how much planning and effort has gone into reinstating the elegance of these grounds, elements of which date to the 18th century.

Discovery of the original plans allowed the National Parks and Wildlife Service and the Office of Public Works to restore the gardens to their former glory, but this is just one element of the project.

The Earls of Kenmare

A National Park visitor centre has been installed in Killarney House, and there will be exhibition areas for temporary exhibitions and space for cultural events. Some of the formal rooms will display furniture and art that tells the story of the house and its inhabitants. So who were those inhabitants?

The original residents of Killarney House were the Earls of Kenmare, but they called it Kenmare House when it was built in 1765 in the style of a French chateau. The house was much bigger then, and the current building is actually a remodelled stable block. Valentine, Viscount Castlerosse was well known for entertaining friends and living a glamorous lifestyle here in the 1920s and 1930s.

With the Earl of Kenmare title extinct, the house and 25,000 acres of the Kenmare estate were sold to an American syndicate in 1957, with construction magnate John McShain buying out the other members of the syndicate in 1959. Killarney House and the estate reverted to the Irish state in 1998 on the death of McShain’s wife, Mary.

The next chapter in the story of Killarney House promises to be an exciting one, when it opens its doors to the public and gives us a glimpse of grander times.