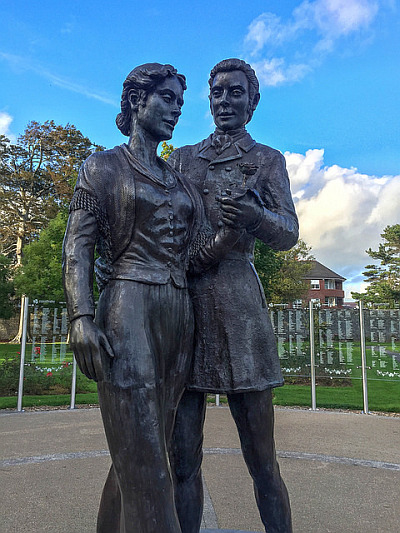 “She was lovely and fair, like the rose of the summer.” So goes the familiar tune that reminds us that it’s time for the Rose of Tralee. Held every August since 1959, the Rose of Tralee International Festival is one of the country’s biggest and oldest

So goes the familiar tune that reminds us that it’s time for the Rose of Tralee. Held every August since 1959, the Rose of Tralee International Festival is one of the country’s biggest and oldest festivals, and a great way to spend a few days when you book a holiday home at Killarney’s Holiday Home in August.

Although the festival centres on the selection of the Rose of Tralee from a group of young women of Irish descent, the festival has much more to offer families on holiday in Kerry. An easy 36km drive from Killarney, Tralee comes to life in the middle of August, offering live music, street entertainment, theatre, a carnival, circus, markets, fireworks, and glittering Rose Parades.

The festival kicks off on the 17th of August this year and runs until the 23rd of August, when the event comes to a spectacular close, with the selection of the Rose of Tralee, a fireworks display, and a parade with the victorious Rose through the streets of Tralee that evening.

The main action takes place in the Festival Dome next to the Rose Hotel. This is where the contestants entertain the enthusiastic crowd and chat to host Daithi O’Se. The Rose qualifier nights take place on the evenings of August 17th and 18th, with the televised competition running over the evenings of August 22nd and 23rd, when the successful candidate is chosen. The festival is officially launched in Tralee town square on August 16th, with other key events including a fashion show showcasing the best of Irish and international design (on the runway and in the audience!) in the Festival Dome on August 21st and a Disco in the Dome on the last night of the festival.

Throughout the week, there will be entertainment for all the family, with street performers, fireworks, a circus and carnival, and acts including Bon Jovee, Nathan Carter, and Cry Before Dawn providing world-class musical entertainment.

Is there somebody in your family who dreams of taking to the stage of the Festival Dome and wowing the crowd? Many young girls have dreamed of appearing in a stunning ball gown and dazzling the crowd as a Rose contestant. If you would like to be the next Rose of Tralee or even a Rose Bud (the young girls who accompany each Rose) or Rose Escort, you can apply for next year’s festival. If you’d prefer to watch, book a holiday home in Killarney and enjoy the best of Kerry entertainment.